Moissanite is a rare, naturally occurring mineral also known as silicon carbide, which was first discovered by the Nobel Prize-winning chemist Dr. Henri Moissan at the site of a massive meteorite strike in Arizona. This intriguing new stone was named moissanite in his honor, and Moissan spent the rest of his life attempting to recreate this rare mineral in his laboratory. It wasn't until the late 90's that scientists - working in a research laboratory located in Research Triangle Park, North Carolina - developed the innovative thermal growing process that creates silicon carbide crystals. These crystals are fashioned into moissanite gemstones that rival any natural gemstone for fire and brilliance. These man-made gems are more durable than diamond, sapphire, ruby or emerald.
A gemstone's fire is determined by a gemological property called dispersion. Dispersion refers to the prism effect that occurs when pure white light enters a non-opaque object, breaks into spectral (rainbow) colors, and reflects back to the viewer. Moissanite's dispersion is 0.104, which exceeds that of any gemstone, including diamond, ruby, sapphire and emerald.
Moissanite's fire exceeds that of any popular gemstone, including diamond, ruby, sapphire and emerald. Fire can be measured scientifically; with a dispersion of 0.104, moissanite has 2.4 times the fire of diamond. No other gemstone or jewel compares lab created Moissanite with regard to fire.
The most significant optical property affecting a gemstone's brilliance, or sparkle, is the refractive index or RI. The RI of moissanite ranges from 2.65 to 2.69, meaning it displays more brilliance than diamond (with an RI of 2.42) or any other popular gemstone.
Moissanite is durable, tough and extremely resistant to scratching and abrasion. With a hardness of 9.25, moissanite is harder than all other gemstones except diamond. Moissanite gemstones will maintain its fire and brilliance forever.
Moissanite is one of the toughest known gemstones. Studies in high pressure research have shown that moissanite is highly resistant to breaking and chipping.
Moissanite exhibits more heat resistance than many other gemstones, including diamond. Tests prove that at 2000ºF - higher than the equivalent intensity of a house fire - moissanite gems remain intact and as brilliant as the day they were created.
Resetting your moissanite gemstone(s) into a new piece of jewelry can be done by an experienced jeweler.
You may clean moissanite the same way you would diamond or any other fine gemstone. As with any fine jewelry item, an ultrasonic cleaner can be used. However, it is best to be gentle with your valuable treasures. You can also clean your moissanite jewelry using a commercial (non-acid based) jewelry cleaner or with mild soap and water using a soft toothbrush. 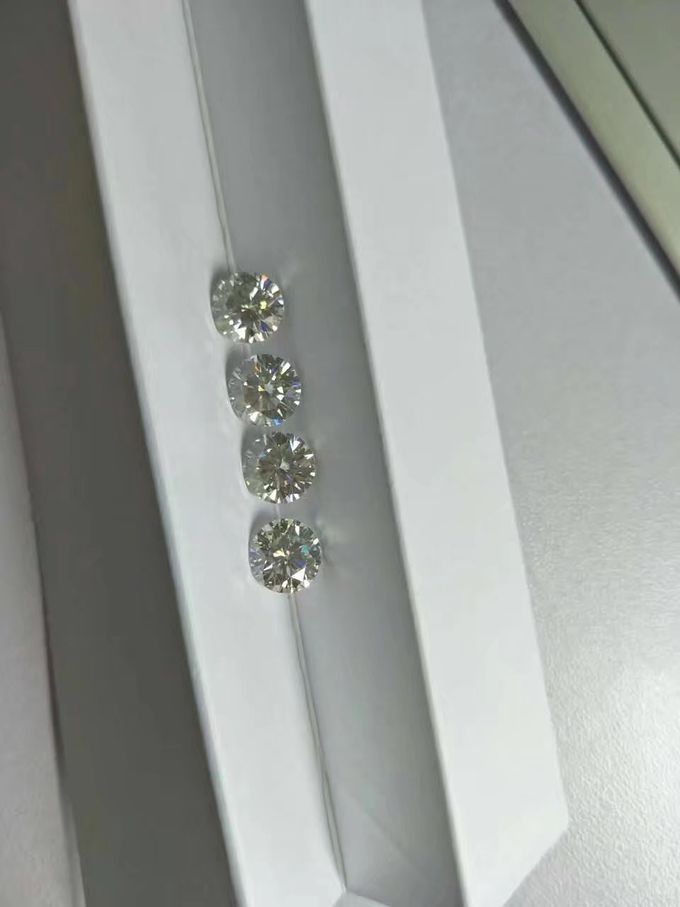